Copa Holdings, S.A. (NYSE: CPA),  announced financial results for the fourth quarter of 2021 (4Q21) and full year 2021. The terms “Copa Holdings” and “the Company” refer to the consolidated entity.  The following financial information, unless otherwise indicated, is presented in accordance with International Financial Reporting Standards (IFRS). See the accompanying reconciliation of non-IFRS financial information to IFRS financial information included in the financial tables section of this earnings release. Unless otherwise stated, all comparisons with prior periods refer to the fourth quarter of 2019 (4Q19) (which the Company believes are more relevant than year-over-year comparisons due to the significant impacts in 2020 of the COVID-19 pandemic). 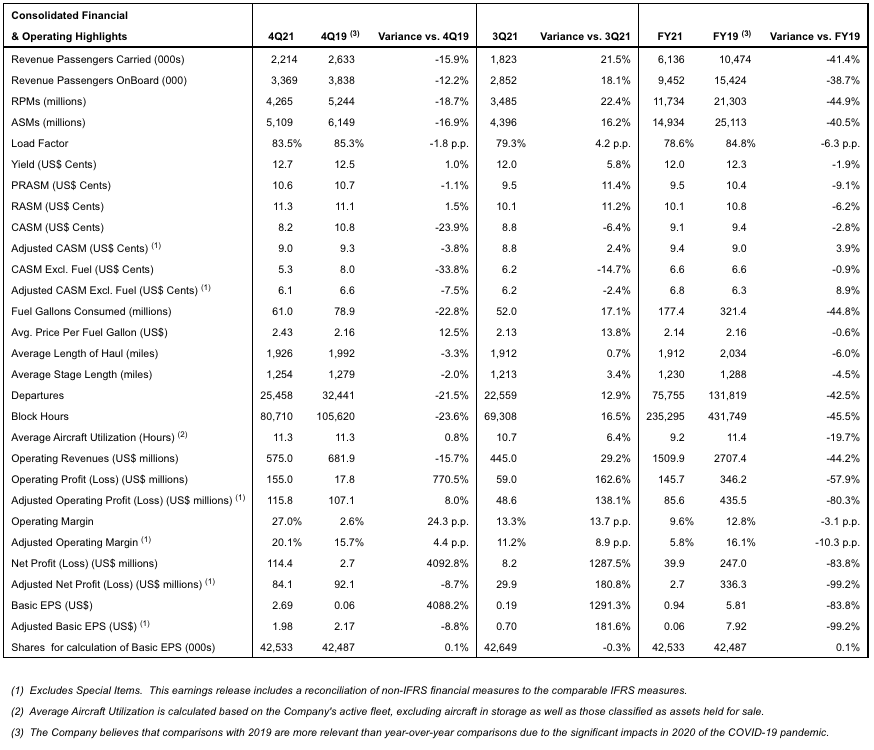