JetBlue Set to Bring Transatlantic Travelers Low Fares, New Choices and Incredible Service as It Lands at Both London Heathrow and London Gatwick

JetBlue Set to Bring Transatlantic Travelers Low Fares, New Choices and Incredible Service as It Lands at Both London Heathrow and London Gatwick

“The pandemic has opened doors to London’s two busiest airports, and we look forward to bringing customers low fares and great service at both Heathrow and Gatwick,” said Robin Hayes, chief executive officer, JetBlue. “JFK-LHR, the single largest international air travel market from the US, has long suffered from outrageously high fares for far too long, especially in premium cabins. We’re ready to change that with a price point and experience that will impress even the most discerning transatlantic flyers. We’ve always said that JetBlue would serve multiple London airports, and we’re pleased to have secured a path at Heathrow and for long-term growth at Gatwick, which offers speed, low costs, and convenient accessibility into Central London.”

Flights on both routes will operate daily on JetBlue’s new Airbus A321 Long Range (LR) aircraft with 24 redesigned Mint suites, 117 core seats and the sleek and spacious Airspace cabin interior. JetBlue is set to take delivery of three A321LRs in 2021, all operating on the JFK routes. Additional A321LRs scheduled for 2022 will operate Boston service. The A321LR platform – offering the range of a wide-body but with the economics of a single-aisle aircraft – will allow JetBlue to effectively compete with the airline’s award-winning service and low fares on flights between the U.S. and London.

With the ability to access slots at both Heathrow and Gatwick, JetBlue is delivering on its commitment to serve multiple London airports and give customers greater choice between the two. Additionally, the airline can immediately begin growing a meaningful transatlantic customer base with diversified flying at two London airports. This strategy is consistent with JetBlue’s successful multi-airport approaches in New York, Los Angeles, South Florida and other metropolitan regions of the airline’s U.S. network… 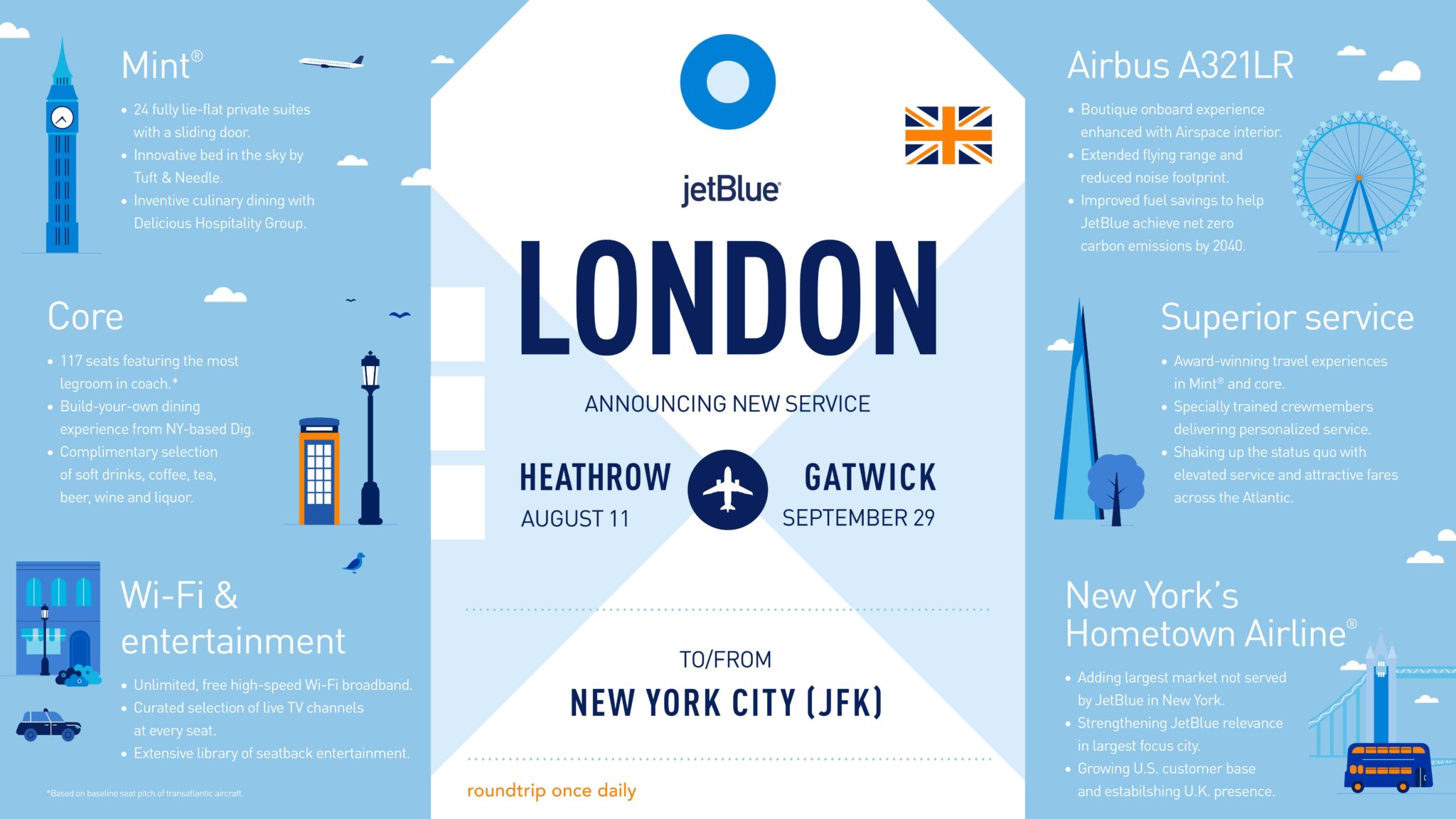