Commenting on May 2022 traffic figures, Volaris’ President and CEO Enrique Beltranena said: “Demand remained strong in May, and Volaris demonstrated its ability to gradually pass through rising fuel prices. We continue growing with sustained traffic volume and improving TRASM.”

In regard to the Company’s network plans for Mexico City, Mr. Beltranena said, “Mexico City’s Metropolitan area has a potential market of 30 million passengers spread across a large geographic area. By diversifying our operations to all three Mexico City area airports, our passengers will be able to travel to the nearest airport, reducing time, distance, and costs.” Mr. Beltranena added that, “A key benefit of our plan to offer one million seats to Mexico City area passengers is that Volaris will retain its strong market position, while expanding in TLC and AIFA. Further, we will reinforce operations in Puebla and Queretaro, all airports in the metropolitan area. We are excited about our growth opportunities in central Mexico”. 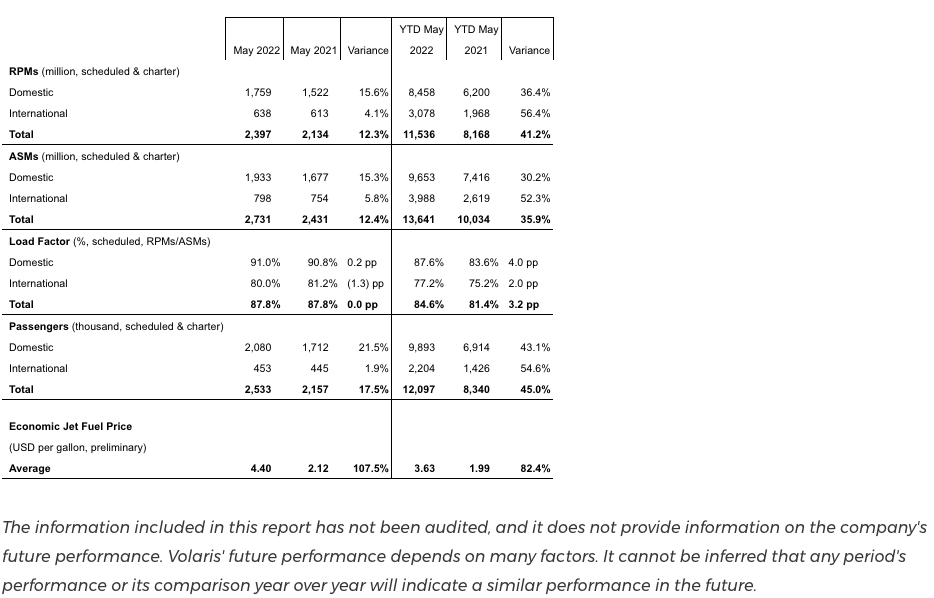