Six airports in the U.S. were selected to launch the eAWB360 campaign during 2016. The sessions started in May at JFK, June at DFW and ORD, August at MIA and ATL and the last one in September at LAX, the biggest airport in the country for the number of air waybills issued.

The events were quite successful with more than 700 attendees. The feedback received from the participants, airlines, freight forwarders, GHA"™s, the local authorities, customs brokers associations and airports were very educational and informative. The session were not only about eAWB but also as to what is coming in the US regarding the new ACE Export System and ACAS.

The attendees also heard from ground handler representatives, technology providers and CNS staff on how eAWB is so important for providing information to upcoming government regulatory requirements like ACE and ACAS.

The eAWB360 events proved successful to educate and provide needed information to the US air cargo community and stimulated the continued growth of adoption of the paperless environment. Unlike previous events which attempted to answer the question as to why companies should adopt eAir Waybill, these sessions focused on how! 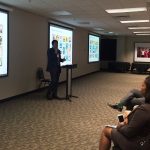 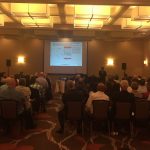 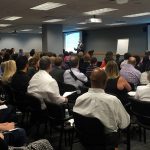