During March, it was announced that Aeromexico reached an agreement to incorporate nine new Boeing 737 MAX aircraft; two B737-8 MAX and seven B737-9 MAX. The new aircraft are expected to be delivered between July 2022 and August 2023. 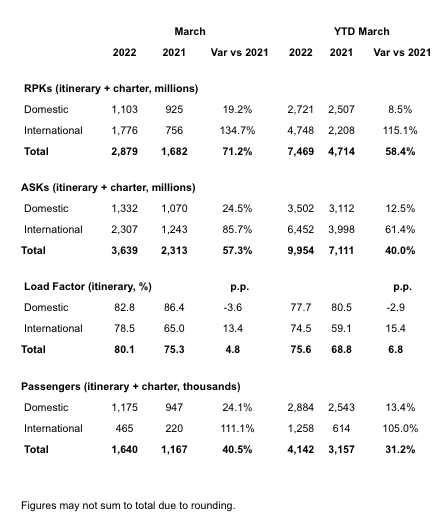