Air Transat, named World’s Best Leisure Airline in 2021 by Skytrax, is proud to announce today that it is diversifying and expanding its international offering for winter 2022–2023. For the first time in its history, it will fly to more than 350 destinations worldwide, about 50 of which will be served by its own aircraft and some 300 others through its exclusive virtual interlining service, connectair by Air Transat, as well as its code-sharing agreements.

“Our customers want and need to travel,” says Michèle Barre, Vice President, Network, Revenue Management and Pricing of Air Transat. “Our response to their expectations is unique, of high quality and rich in options. We are offering an unprecedented range of destinations on four continents for this coming winter as we continue to develop and strengthen our air network.”

Air Transat continues to grow in Quebec while consolidating its position in Ontario and the Atlantic provinces with flights to the Caribbean, Mexico, Central and South America, the United States, Canada and Europe.

Sunshine at will: more options for the South from Montreal and Toronto

Air Transat will offer direct flights from eight cities across the country: Montreal, Quebec City, Toronto, Ottawa, Hamilton, London, Halifax and Moncton. In addition to its flights to the South, Air Transat will also offer vacationers a selection of packages at more than 290 properties.

Out of Montreal, Air Transat will expand its services on the South, including to Colombia, Costa Rica, Mexico (to Puerto Vallarta and Cancun), as well as in the Dominican Republic, to Punta Cana. It will also operate direct flights to Guadeloupe, Haiti, Jamaica, Martinique, Panama, the Caribbean, and El Salvador, as well as Cuba, where direct flights to Havana are back in service.

Travellers out of Toronto will also have plenty of choice to enjoy the sun and beaches of the South. Air Transat will offer direct flights to Colombia, Costa Rica, Cuba, the Dominican Republic, Jamaica, Mexico, Panama, St. Maarten and the United States.

From Quebec City, nine sun destinations will be accessible by direct flight to Cuba, Mexico and the Dominican Republic. 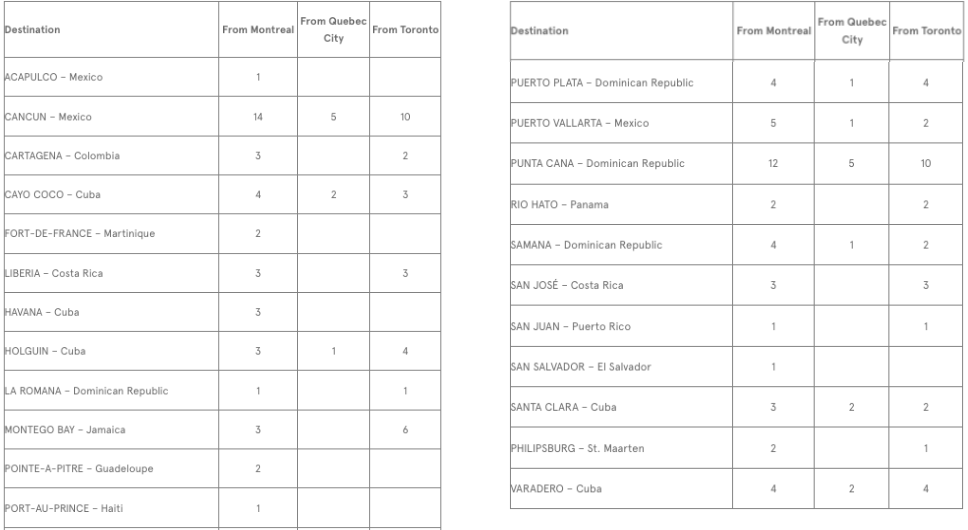 Major increase in service to the United States

Air Transat is also pursuing its ambitious development in the U.S. market, announcing a major increase in its offering from Montreal to Fort Lauderdale, Miami and Orlando and resuming its direct flights to Tampa. It will also maintain its service to New Orleans and extend service to Los Angeles year-round. 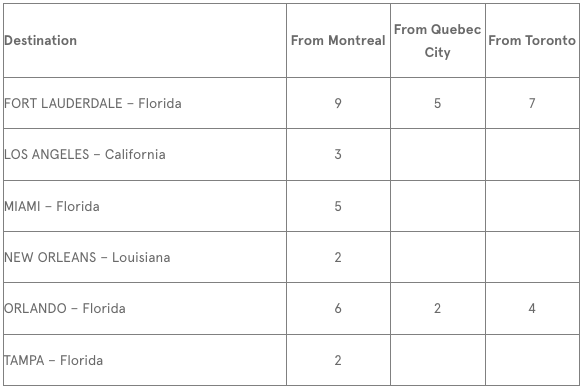 Easy access to Europe: London year-round from Montreal and Marseille for the holidays

As for Europe, Air Transat will offer direct flights between Montreal and France, Portugal and Spain, as well as England, and offer year-round flights to London. It should also be noted that it will now offer its non-stop flights to Marseille for the holidays until January 8, 2023, and the following day for the flight back to Montreal.

In addition, there will be direct flights from Toronto to the United Kingdom and Portugal, as well as from Quebec City to France. 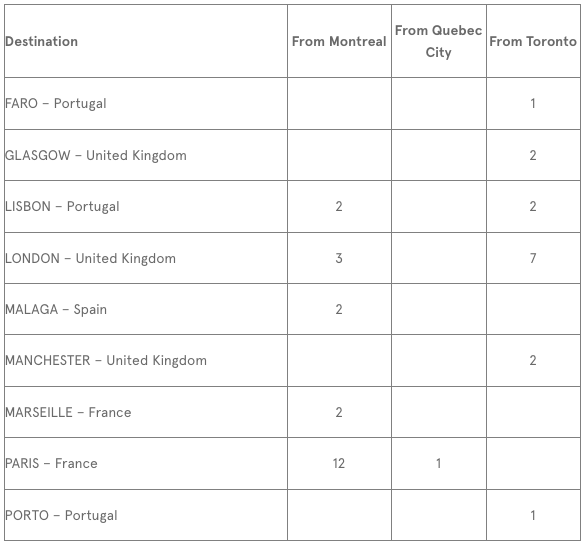 Air Transat will also operate domestic flights between Montreal and Toronto, as well as Montreal and Vancouver.

To enable Canadians to simplify their travel itinerary and increase international connections, Air Transat is enhancing its offering with trusted partners through its code-sharing agreements as well as its virtual interlining service, connectair by Air Transat. In total, more than 350 destinations are available for booking.

The winter 2022–2023 flight program is available for booking today on the airtransat.com and transat.com websites and from all travel product distributors. New destinations will be announced in a few weeks.